Meet my life coaches. Thanks to Dusty and every dog since, I’m reminded to be present and not sweat the small stuff.

Scratch a dog and you’ll find a permanent job. 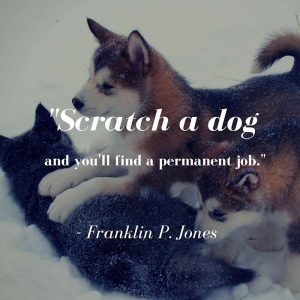 I adopted Dusty from the San Francisco SPCA in 2005. He was my first dog. I knew as soon as I saw his face online I had to adopt him. We had 7 great years together until cancer came along and ultimately, the painful decision to say goodbye. 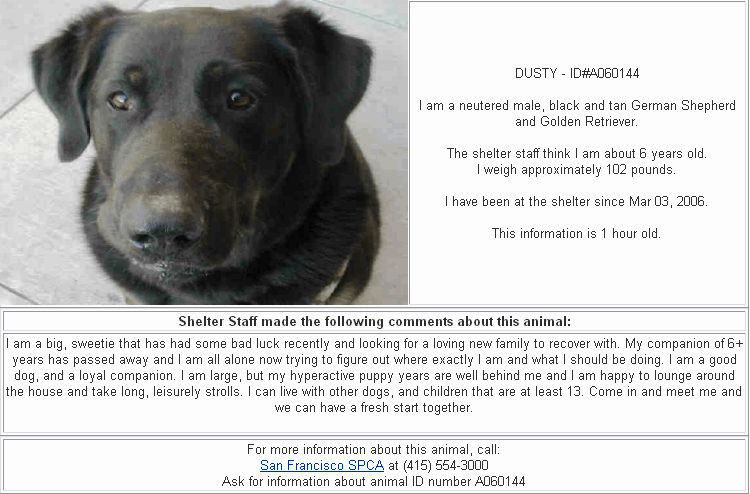 Iggy Pop (the Dog, Not the Punk Rocker)

After losing Dusty I didn’t think I could adopt another dog. A few months later, I met Iggy Pop who’d been waiting almost a year for his furever home. I couldn’t leave him knowing I could give him a home so I adopted him from the Nevada SPCA. He was a bit of a punk when we moved to San Francisco, he needed learn how to be around other dogs and people but it didn’t take long for him to adjust. He went from desert dog to California beach boy, enjoying the Norcal coast for over two years.

After Iggy Pop came Cooper, my first hospice adoption from Muttville. He arrived with late stage oral melanoma. He outlived his cancer diagnosis by a year. Pretty sure it was all the running around and #norcal beach walks that gave him a new leash on life.

After Cooper crossed the Rainbow Bridge I started fostering dogs from Muttville. I’ll take the pups in most need due to neglect, have special medical needs or are hospice. Below, the Muttville Foster Crew, all adopted into amazing furever homes.